You are here: Home / Board of Directors 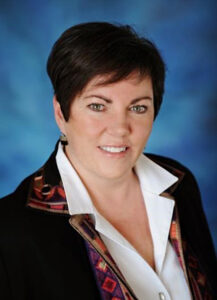 Karen Velthuys is a not-for-profit leader who has extensive experience in our community. She is currently the Executive Director of U-Turn Parkinson’s. U-Turn Parkinson’s is unique to the Parkinson’s community in Canada. Their mission is to support people living with Parkinson’s be their best through the practice of wellness.

Previously Karen held the role of Executive Director with Youth Employment Services and South Winnipeg Family Information Centre. As a very active member of her community, Karen also had the privilege of serving as a School Trustee for 12 years in both the Fort Garry and Pembina Trails School Divisions as well as a Governing Board member for the Victoria Hospital.

Karen has a remarkable ability to foster interpersonal relationships. She applies her formal education in human resources, management and counseling in every facet of her communications with others. Karen is gifted in bringing people together to seek solutions that are successful. The community has been a significant benefactor from Karen’s commitment and support over the years.

Travis Couture is President of Essential Business Solutions. He works with small to medium size businesses to provide a variety of planning and financing solutions for his clients. He brings almost 15 years of financial experience to the OVRC board. Travis believes in life long learning and always looking at ways to improve how companies do business.

Travis’s reason for being on the OVRC board is to make sure that OVRC can continue the great results for years to come.

As the Treasurer for the OVRC Board of Directors, Garry Reid offers a wealth of experience as a Financial Services and Banking Business Leader, as well as drawing from his career-long commitment to community service roles supporting organizations within the Winnipeg community.

In 2008, Garry retired from Patterson Global Foods, where he had served as the Credit Manager for International and Global Sales. During his tenure with Patterson Global Foods, Garry became involved the Job Program for Manitoba Youth, a Federal program designed to mentor young entrepreneurs to develop their business and leadership acumen. Prior to joining PGF, Garry enjoyed a successful career with the Royal Bank of Canada, rising through the ranks as Loans Officer, Branch Manager, Business Banking Advisor, and ultimately a Financial Advisory Services leader.Garry is most known for his commitment to service.

For more than 39 years, he has loyally served the Royal Canadian Legion, Fort Garry Branch No. 90. In 2013, Garry was appointed Chairman of the Finance Committee and in 2014, he was named Treasurer, challenged to launch new programs and events that would continue to generate revenue, enrich community involvement, and expand membership.

In addition, Garry has served as Treasurer for the South Winnipeg Family Resource Center and volunteered his time in support of the Salvation Army, Cancer Care Manitoba, the Canadian Diabetes Association, and the Heart and Stroke Foundation of Manitoba. In 1998, Garry was named Volunteer of the Year for his work with the YMCA Self Employment Program.

Garry joined the Board of Directors for the OVRC to share his finance acumen and leadership expertise as Treasurer and Finance Chair. In his spare time, he is a dedicated runner, sports fan, and devoted grandfather.

John is a labour and employment lawyer with experience on both sides of the labour management relationship. Before practicing law, John held a variety of labour, technical, and office positions, and has made three major career transitions.John has a keen interest in workplace issues and is a proponent of continuing education. John got a Bachelor of Arts (Labour and Workplace Studies) and a law degree as a part time student while working full time. He graduated law school at age 45. 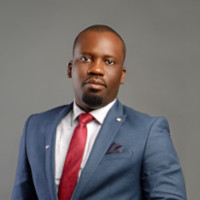 Yemi Olaleye is a Chartered Professional Accountant (CPA, CMA) with over 12 years experience in Accounting and Finance cutting across different organizations within the financial services and energy Industries. Yemi is graduate of the University of Liverpool in the United Kingdom, where he obtained a master’s degree in international accounting and finance.

Yemi has a passion for helping organizations grow and achieve their goals by providing quality finance and business advice.

Larysa is an accomplished and driven HR professional with over 12 years of human resources experience leading effective teams in the financial and agriculture industries. She is an active member of CPHR Manitoba.Larysa joined the Board of Directors to share her professional experience and support the OVRC vision to provide exceptional support to Manitobans seeking employment. Outside of work Larysa enjoys spending time with family, reading, and walking.